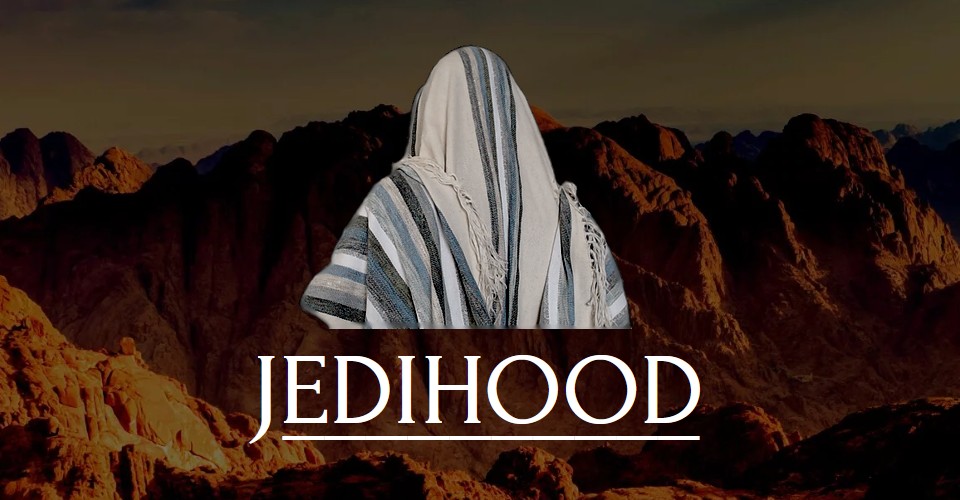 Thought it necessary to reflect on Jedihood and its overall impact. Today, for instance, marks the fifth anniversary of the message.

It is very unusual for a message to survive such an isolated format as long as this one has. It was as if its strength came from its own isolation. Why? Still wonder how it has stood the test of time given the great exertion of energy it takes to perform it. After attempting to walk away from it twice (believing it to be completed each time), was called back in a fervor. What is its overall goal?

Jedihood exists, not as a statement of defiance, yet one of steadfastness. It purposely does not attempt to be popular by asserting promotive acts. In contrast, it asserts the viewer with doses of truth as if it was a piece of broccoli given to a discomforted child. Although the viewer at times shakes one’s head in disgust, the healthy plant is not discarded.

When reading Scripture, the words speak on how the Light, in its holiest form, should not be discarded or ignored in the slightest. Although its character can make us feel uncomfortable at times—even with our taste buds at full disagreement—we should learn to surrender to its calling. We know the Provider is giving us what we need to grow and mature.

The Jedi in Star Wars actually teach a very similar moral. Although many cling to its glamorous and romantic sides, true guardians are very few and far between. As one has said to this person, it is as if the mysterious, humble monks were cheapened out of their existence. Instead of rare jewels… they were inwardly gutted and outwardly worn as a fashion statement.

This message though has said it the way it is, without compromise. Because of this, have respected the calling even when the messenger messes up in the performance. It is a stern reminder the Master comes in various forms—and, when we submit to being the Student, can learn from the Ancients.

Do appreciate the few who have continued to follow, even though silent. That’s okay. It is time for all of us to do such.

It is time for the Master to speak.