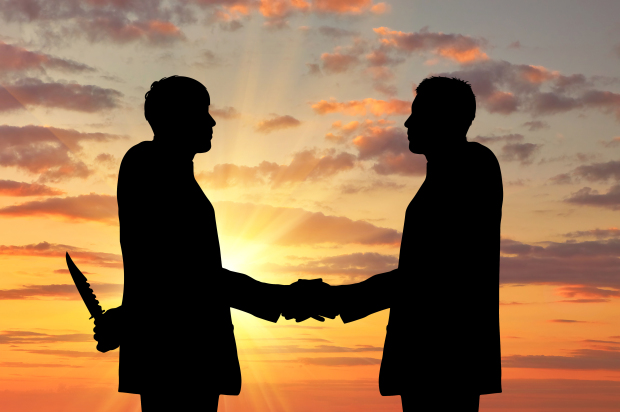 A supporter of this page asked in another place how should betrayal be dealt with. It is a sincere question that deserves an honest answer. Betrayal is something that has been experienced in numerous occasions so will speak about it.

There are many forms of betrayal, yet there is one common theme that runs throughout: the result of exposing someone trustworthy to danger. In the scriptures, it speaks to this as one uncovering a person’s nakedness.

To betray someone doesn’t necessarily mean they intend to hurt you. Judas Iscariot, for instance. After reading, found he did not intend his actions towards the Messiah to bring him to the stake of suffering. It was this realization which later leads him to his hanging. What he did though was find a way to rationalize his actions due to a weakness in a particular vice. With that said, there is also the betrayal of Peter who denied the Messiah three times. As Judas, he was sincerely grieved… yet his humble spirit allowed the Father to forgive his soul.

Then there is the intentional betrayal, which this person refers to as the unkindest cut (as referenced in Shakespeare’s Julius Caesar). This is the hardest type of betrayal to deal with due its brutal (Brutus) nature. It can be very painful, especially when it comes from a person who friended you for some years.

How do we deal with these types of betrayal? Yes, we are meant to learn from it, as it reveals the truth about other people. Yet allow the spirit to reveal in those very people what they have done so they can come to the truth as well. This requires forgiveness within for those people. Do not bury it, yet reveal it to the Father. He will know what to do.

Although the world is unforgiving, he is willing to redeem those who honestly seek him with their whole soul. Kindness must be sincere, not forced. And it must be given in love. That is why it is so important to know that the Father will not forsake you, for he is not of this world. We are not wrestling against flesh and blood, says Paul to the Ephesians, but against principalities and powers, spiritual wickedness in high places. Let us not be ignorant of this as our betrayers have.

So many do not know what they do because they do not know him. To know him means relationship, and that is the whole point of this page. Let us know him in a relational sense, not a gnostic one. This is Yedah.