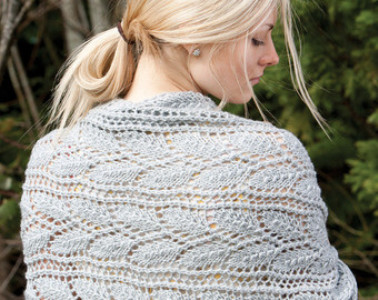 We are going to briefly go over the meaning of clothing when it comes to spiritual garb.

In the scriptures, it says that the last gathering prior to the revealing (Revelation) will be lukewarm and halfhearted. This gathering is spiritually referred to as Laodicea. Laodicea, during the time of the vision, was a center of economic growth in its day and became financially successful. They were completely self-reliant… or so they thought. It was their self-accomplishments which blinded them from their true needs. And although they covered themselves with great apparel, they lacked the energy to peruse the true covering for their souls.

This brings us to Genesis. Genesis says that when man and woman disobeyed, they were ashamed and felt the urge to cover themselves. Nakedness, in spiritual terms, has to do with shame and humiliation (humility). This is due to a spiritual depravity caused by foolish behavior. This depravity was manifested to the physical plane. Before the depravity, the script tells us they were clothed with a robe of righteousness. Afterwards the Father makes skin garments to conceal their lack of covering.

Whenever you see a spiritual person wearing robes, it is a representation of a personal longing for spiritual righteousness. Rightness, purity, and innocence, which is at times hinted with a baby or child, is a comfort which many long for. It is an inner desire return to a time when things were complete and had their place.

Head Coverings – Hoods are known to cover us from the elements, yet they also have a spiritual significance when it comes to guarding the entrance to the soul. The entrance is supposed to be protected at all times from spiritual attack. This door is also the area that is to be blessed. Hair coverings are representative of protection and spiritual ability, whereas beards, for men, are a representation of spiritual awareness or the need for such awareness. You can see great examples of this when it comes to Native American and Japanese cultures.

Capes and Mantles – Capes represent spiritual dominion. Whenever you see anyone wearing a cape for spiritual purposes, it is telling you they represent a domain they are to manifest in the physical world. In the scriptures, a dominion is at times referred to as kingdom. Yahshua specifically wore a garment shawl as he represented a kingdom that was to be brought from heaven to earth. We will speak about this garment later.

Belts (Girdles) – This spiritually represents support, backing, and assistance. In the scriptures, the priesthood wore girdles, which not only explained to the camp their role of servitude, yet also showed spiritual support in the camp’s sustainability.

As brought up prior in earlier writings, people today wear these objects of clothing (as seen with the Jedi in the Star Wars movies) without understanding their spiritual significance. Some feel comfortable wearing these items privately because it represents a covering of a spiritual void. Specific types of clothing can give clear hints of what types of depravity is occurring within the individual.

There is much, much more than can be said here, although will give more about this at a later time.