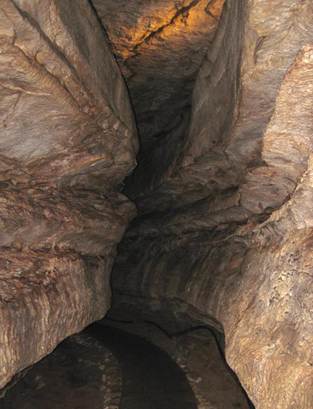 Going to share a dream my father had a couple of nights ago. Asked for his permission before doing so. He said he would be okay if it would be shared to help others.

My father has had very vivid spiritual dreams, especially in recently years. In many of them, he interacts with messengers, especially someone which he refers to as the Old Man. This man interprets and guides him throughout the dream. His interaction with the Old Man inspired an album last year with the same name, with each music piece depicting his various aspects in scripture.

Here is his dream:

My father find himself lost, frantically wondering where he is. He then goes to a woman. She tells him he is in Israel. He is amazed, and then asked her, “How do I go to Jerusalem?” She points to a man. The man motions my father to follow him inside a cave.

As he travels in the cave, he notices the walls get more and more narrower, to the point he had to walk sideways to fit through. It is high, yet is about the size of half a door width. He cannot see the light on the other side, as the passage curves as it goes. Finally, he gets to the end.

He then finds himself in this vast valley. He looks up and sees an epic, majestic mountain. Upon the mountain, is a beautiful temple, built with the same materials as the mountain. Both mountain and temple is absolutely gorgeous and memorizing. He finds himself fascinated with it.

He sees another woman there, and asks her, “How do I get to the temple?” She says, “Do not look over there. To find the temple, go with the man.” A man then looks to him.

My father said the man did not speak to him, yet communicated with him as if they both knew what each other were thinking. He wasn’t sure if it was the same man or not as before, yet he acted the same way. The same with the women.

The man “motioned” my father to enter another cave entrance in the mountain, with my father going in first. As before, the cave passage more narrower, and he could not see light beyond it as it curved. He felt afraid, yet when he looked behind, he saw the man confidently behind him urging him forward.

He kept going and going, and then he woke from his dream.

There are many things this person could say in interpreting it, yet instead of giving answers, thought it would be best for certain individuals to see this, as is, and compare to what has been mentioned on this page.

Anyone here called to give an interpretation? If anyone is lead to do so, will hear it out. If interpreted correctly, it will reveal your discernment and we will talk further. Feel free to E-mail this privately at trustandrelationship@gmail.com.