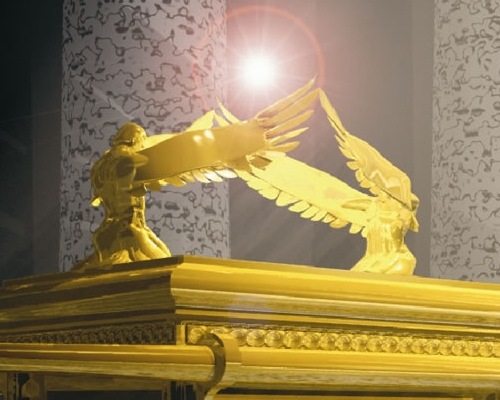 The sword of fire is spoken often in scripture, presented on multiple occasions in various forms.

We first read about this in Genesis, in which Yah Elohim places Cherubim and a flaming sword to defend the tree of life. This flame turns every way, similar to how Moses’s rod in Exodus transforms into a serpent or turns the water into blood. We also see it as a supernatural pillar of fire which guards the Israelites when they cross the Red Sea, as well as the flame of fire which comes out of the midst of a bush to speak to Moses.

This flame represents Yah’s authority and is usually accompanied by angels. Angels in scripture are messengers and representatives of Yah, not necessarily the Greek, mythical feathered form we picture in our minds today. They are servants which do the will of the Father and can take the forms of human beings, such as a prophet, priest, or ambassador.

The flame of Yah is associated with both The Word (known as Davar, or doors to the house of knowing) and The Spirit (known as the Ruach). John speaks about the messiah Yahshua as being manifested from The Word (Davar) to bear witness of The Light (Ruach). During Pentecost, a wind comes down and manifests upon Yahshua’s apostles as fire, giving them the ability to speak clearly to those of other languages. As a side note, churches (circe) today foolishly interpret this as a careless chant of scattering words and humming (read Amos 6).

The Ark of the Covenant presents a similar picture to the one we see in the Garden of Eden. With the ark are two Cherubs (Cherubim) which guard the judgement (bema, mercy) seat. Upon the seat appears the flame of Yah’s glory. We see the various attributes of this flame within the seven candlesticks known as the Menorah. These attributes are given as spiritual mantles to his people and are represented in colors. More will be shared about this at a later time.

Today, we see this defensive weapon in popular Science Fiction myth, known as the lightsabre. Many people believe the lightsabre was invented in Star Wars, although was known thousands of years ago. As with the flaming sword, the lightsabre also represents an authority which is defended by messengers. These messengers (Jedi and Sith) hold various mantles, represented by the various colors of their sabres.

Star Wars, in spiritual terms, is a war been messengers. It is similar to shepherds fighting over a flock (read about Moses and Pharaoh). In Star Wars, these shepherds fight over the galaxy. In the scriptures, a war takes place in heaven in which a third of stars (angels) are banished. You can read about this war in Isaiah, Hebrews, Revelation, and other writings.

The Cherubim in scripture are seen in pairs, similar to the Wheel seen by Ezekiel, the Living Chariot of Elijah, as well as the examples given earlier. As the Cherubim, the Jedi in Star Wars are also encouraged to defend in pairs.

The flaming sword is the spiritual word which comes from the Father. The lightsabre in Star Wars is similar in that it represents a spiritual word as well. Yet let us note that this word comes from another source entirely. It is important to be aware of this.

Just as with the two trees in Eden, the Tree of Life and the Tree of Knowledge of Good and Evil, there are two trees today. Most eat the fruit from the gnosis of good and evil (dare it be said the Force of Light and Dark Sides), although this eventually leads to confusion and death. Yet the fruit the faithful ones are supposed to seek is that which is pure and living.

The messiah has shed blood in order for group of chosen people to find relationship from the Father. Yet that means seeking his flame. We must let go of the corrupted enchantments of sorcerers and magicians. They are simply a counterfeit to the truth.

Instead of seeking rebellion, it is time to seek his obedience. Obedience and submission are synonymous with harmony and peace. In Hebrew, it is referred to as Shalom. It means to be complete, whole, and safe.

We cannot have this outside of his walls. Although wars may come, his flame protects us from harm.