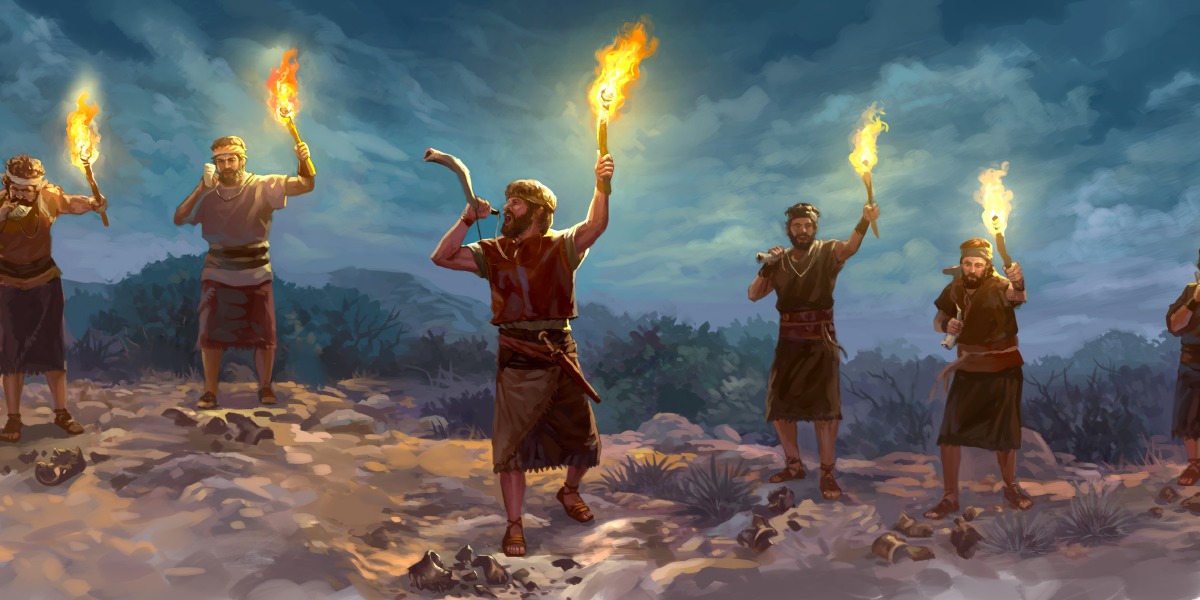 Some years ago, created a music track called Gideon’s 300. The epic story about these brave soldiers has reminded me of the important contrast between dedication and perception. It also reminds me of the parable of the sower found in the book of Matthew.

Gideon, like most of his peers, was a fearful man who was visited by a messenger from heaven. This messenger saw his true potential – a courageous man who would confront the armies of Midian. Similar to the robbers seen in the movie “The Seven Samurai,” the Midianites acted as locusts, destroying and eating the crops of the Israelites. They cried out to the Father for deliverance as their land was being raped and pillaged.

Prior to building an army, Gideon was led to tear down his father’s idols. This act made many people very upset – for they perceived the Father with certain imagery (take note the name Baal means Lord). Gideon also challenged the false authorities – “if Baal be the true one, let him plead for himself.”

A spirit then came upon Gideon to confront the Midianites. Due to the hype of the moment, 22,000 soldiers came over to help fight. Yet the Father observed what was in their hearts: “There are too many people to fight, lest Israel becomes pompous saying their own works had saved them. Whoever is fearful and afraid, let them depart.” So half of them left.

Still, there were too many soldiers. So the Father asked Gideon again to test the people. The second challenge selected only those who were vigilant, sincerely ready for battle. Only 300 soldiers remained.

The story goes on to explain how Gideon and the 300 were lead to defeat the Midianite army – this of itself provides great teaching. Yet what stuck with me is the sifting process the Father asked Gideon to perform – quite similar to how he sifted wheat as a farmer. When you think of it, 98.6% were told to leave the army. That’s close to 99 of 100 people.

From reading this, you can perhaps see the many parallels of what is happening today. We are taught that it is all about numbers – whether that be influence over people, money, personal capital, or power. Churches, for instance, are quick to look at their tithe funds. Yet what about the chosen people the Father has for his own?

In Star Wars movies, for example, not all of the Jedi were chosen. In fact, many of them weren’t – only those who were called were able to perform and survive the takeover. Over time, it became easy for many to act pompous, become lazy, or quickly rush towards the latest craze.

Those who trained at the temple fell for the very same temptations believers fall for today. Attrition, though, will eventually factor in.

For those who are called, do not worry how the crowd perceives you. What matters is your preparedness for the fight. Are you faithfully executing the will of the Father without question or complaint?

Those who follow him will defeat the armies of despair.