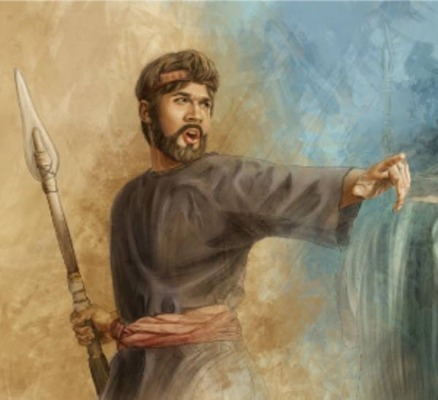 As some have noted in the messages given here, am very critical of social media as it has a deep root in Socialism. The origin of this two-decade beast comes from the Babylonian booths (as spoken in scripture and ancient writings), in which participants went to whichever idol or flesh they lusted at the moment and worshiped at the tents of prostitutes.

Balaam, not being able to directly curse the Israelites, had a devious plan to bring the Moabite daughters (from Lot’s loins) to weaken the strength of the mighty camp. This plague was so efficient it took down even priestly leadership.

Such seducing tactics are currently at work today—and what is needed, more than ever, is Phinehas and his javelin.

Have been convicted the last seven years to come out of the cave and speak the Father’s will—in a manner the attuned could grasp. It allows today’s metaphors to explain the essence of its spiritual language. Keep in mind this is no different than in the times of the prophets.

Yes, it is true. The Jedi may appear extinct yet its light is not removed from the universe. The Nexus 6 are very much roaming in darkness as human genetics is altered for off-world labors. Fear is, indeed, the mind killer (ask Paul). And no, you can’t normally be told what this Matrix is—you must see it for yourself.

Over the years, know people have had a very difficult time discerning what is said. This is understandable—we are all in different stages of growth. Yet, while words are performed, we can all learn of what the Father is telling us. As long as we are open to grow and mature into the offices meant to be established in our hearts, the path will be laid before us.

Are we willing to turn away the Father’s wrath with a noble speared thrust into the world’s seductive act? Hopefully we are.