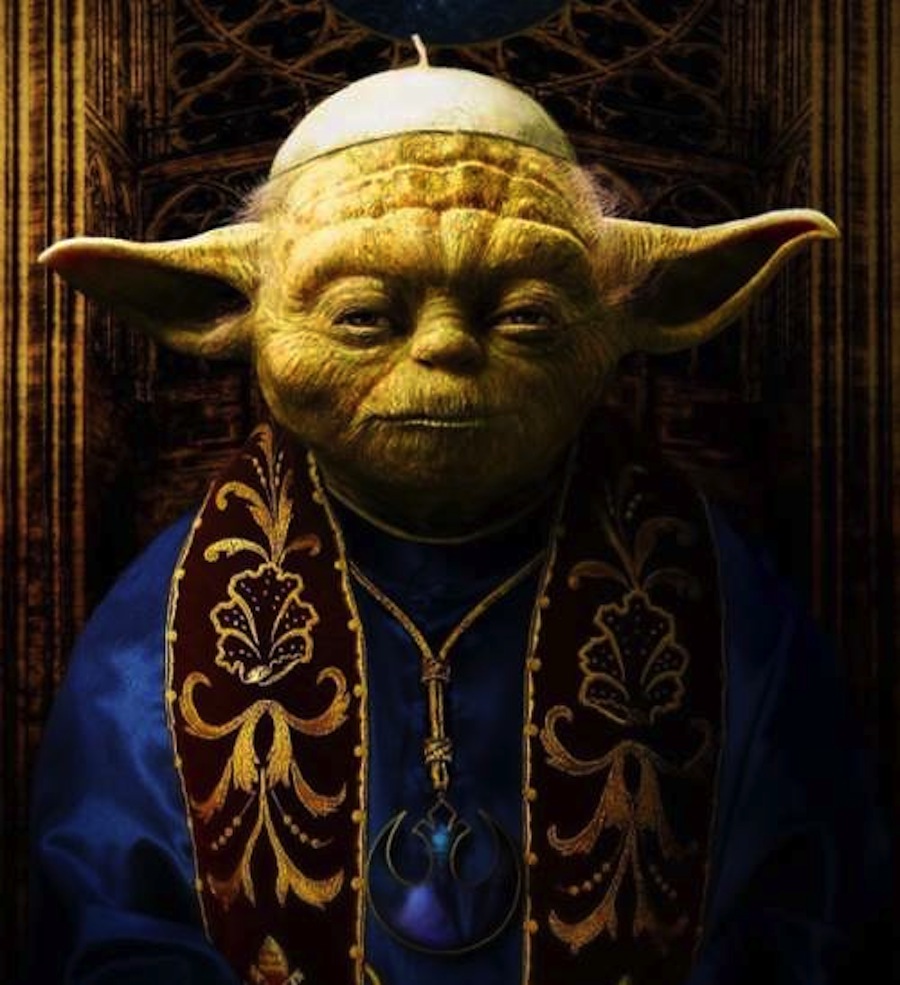 We are going to expose some truth that will affect both Christians and people who follow Jediism. Again, this will be a hard pill to swallow, yet this is not here feed you malnutritious scraps in order to get you to act as lap dogs begging for more, which is what religion and cults like to do. This is real food to those who honestly and sincerely desire to know and follow the true source of life.

The truth is the entire Jediism movement is based on disgruntled people who once followed the Christian doctrine, most notably Catholicism. You can take this statement to the bank. In fact, it is a challenge for you to interview the most avid believers of Jediism and you will see this is the case.

The reason why these once Christian believers went to Jediism is because they were tired of the hypocrisy of the church system (which is, indeed, hypocritical). Yet they will eventually find that they have brought the same sort of hypocrisy over to their new religion. You will find they still practice church ritual, give out the same feel-good sermons, and attempt to conform with other beliefs to grow their base. This is because they are bringing what they have been raised with. And that is to grow an empire.

In fact, this is no different than the empire that Lucas wanted to build, yet this is being done religiously instead of artistically.

What we have are people, raised in Church Christianity and Catholicism, who are seeking spiritual nourishment yet cannot find it. Because of this, they point to the scriptures as being in error, instead of the people who falsely teach the scriptures. Because of this, they turn to the almost extinct beliefs of the East. They find it very comforting to know there is no Father to provide sternness to them, yet in return, they find a loneliness and lack of relationship in the abstraction.

Hence, these people want to create a new religion altogether, even if it was built out a joke or hoax. One that amalgamates all beliefs, taking the fun, rewarding parts and throwing away the responsible and judgmental ones. And out of the mold of census taking comes a sweet baked cake.

This cake has tasted quite sweet in recent years, yet people are slowly becoming aware of the effects of the artificial additives. They have gotten fat, idle, and stuck in sleep within the land of the lotus flower. Although they believe they are free, they are finding themselves in a prison of man’s doctrine.

Will we ever learn from making these stupid mistakes? How many societies must rise and fall until we know that a reinforcement of legions is the path of the faithless?

Which brings us to the scriptures themselves. The very revealing of scripture creates a conflict within them as many do not want to be revealed for their acts. They want to hide in religion and ritual, look godly as with the Pharisees and Sadducees with large tassels, belching out loud prayers to show everyone how holy they are. In fact, Jediism is current Phariseeism. No different than a teacher of Talmudic, Kabbalistic and occultic dogma to override scriptural truth.

Yet, in the end times, the Bible says that all will be revealed.

There is an anger within Jediists regarding the scriptures. Test it and you will see it is true. In fact, many will say that the scriptures have nothing to do with the Jedi, and go out of their way covering this by quoting psychologists and philosophers. Nothing can be so further from the truth… as the very persona itself comes from scripture.

What has changed is the belief. This comes from what is constructed as the Force. A hodgepodge of energies placed together to form an impersonal energy, which essentially uses the various sides to dramatically destroy each other.

Isn’t this not what Emperor Palpatine uses to create his Empire? Isn’t this what the scriptures say Satan will do to be like the Most High?

It is this Force that has defined their groups, which isn’t Jedi at all. And that is the problem. They have allowed empire corporations and their fictional writings to dictate what they are… and although they deny this, the proof is in the pudding. Whenever a movie comes out, they are quick to defend it, even if it will bring about their end (it’s called the Last Jedi).

When you see all the players, you will see it has become one big mess. And although people will point to Jediist and say they are fanatics, we also need to point out the corruption of the religion and the church system and their fanaticism. It all needs to be exposed.

The scriptures will eventually expose this. It will separate the holy from the profane… for it is the light sword of truth (the real lightsabre).

Going to share a YouTube video from Malcolm Smith, called The Pharisees. Jediists are basically this today. We must beware of the leaven of the Pharisees.