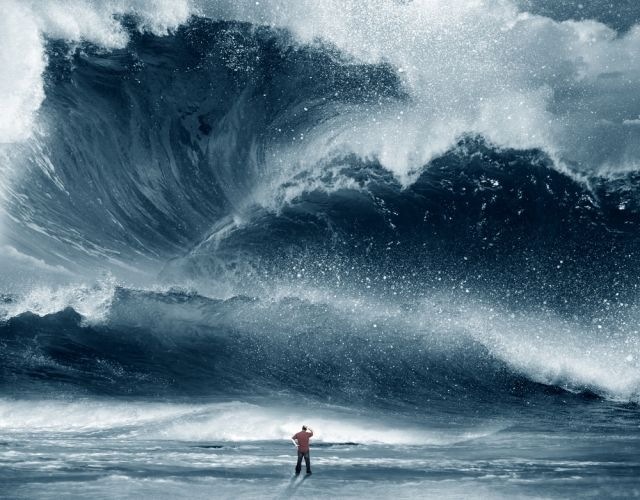 The warning time is almost over. Although waves have receded from the mainland, they will return with great elevation.

Many find themselves at the summit of great determinations. While huge splinters form between constructs which once appeared homogeneous, multitudes grow more resistant to heinous plans once thought to be full-proof. These workings, in turn, have become further sloppy and inefficient.

As it says in the good book, “Correction is grievous to those who forsake the way: those who hate reproof shall die” (Proverbs 15). If this world was prudent, allowing soft answers to turn away the upcoming wrath, many would be spared–yet the desire to be right in their own eyes has overtaken the senses.

They do not pay attention to what comes ahead.

Upping the ante, you see, will only go so far. Only so much credit can be declared. Eventually, the lot must be cast and the play must be shown to the dealer. Yes, some may have won yesterday–yet those who consistently gamble with their remaining virtues will loose it to the house of cards. It’s a shell game that will defeat.

Such systems are toppling down upon inspecting minds. When certain curtains are parted and the men of sin are revealed, there will be no turning back. An aggressive response will occur.

So comes the flood.

Perhaps it should be said “Brace yourself.” Then again, many could be holding dearly upon a false object. Some may indeed brace upon the solid rock until they are given the false sensation to let go. In either case, the surge could rise sooner than one can react.

Instead, let this be said: “Get out while you still can.” Salvage what you will while keeping focused on the matter at hand. For every action, there is a reaction.

Rivers will rise in season… and tides always come back in.