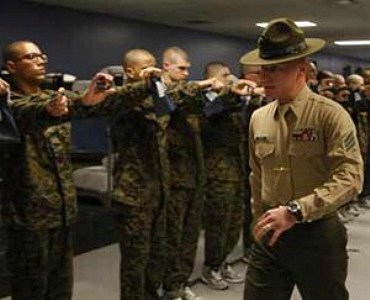 About four years ago or so, something important clicked.

It came unexpectedly when reading the scriptures, when this person wasn’t trying to seek anything Jedi related. And when it came, it shocked quite a bit.

The truth is sometimes you have to let go of things that matter to you entirely, in order to learn why you held onto them in the first place. And let time and desires pass. Forget accomplishments. Let people forget who you were. It takes time, yes, but mostly it takes a full bending of the knees and a sincere, deep-rooted apology.

In earlier years, a part of this person still wanted to come back, yet each time as the urge was denied it got a bit easier. Then it left entirely.

It came at a time this person wasn’t thinking about it. That’s when this message started to come forth.

Which is why the following is going to be said.

The persona can only be truly lived when we surrender who we are completely. This sounds crazy, and yes, most are going to disagree. Yet it is true. You cannot be who you are and act the persona at the same time. Because the persona is all about serving other than yourself.

And that was part of the problem before. This person had done good things, and helped others well, yet wasn’t doing it to sincerely serve the source of life, the true Master. At the beginning, it was more so. Yet something got lost on the way. And when you serve other gods, such as a tower or yourself, you can’t hear the Father’s voice warning you.

Knight means servant. Those who cannot bend cannot take the sword of fire upon their shoulders. Such a spirit cannot enter when another spirit is holding its place.

The Knight must stem from the roots of obedience.

Many people may not recognize what is being spoken here because it is of a different spirit than most people possess today. The things spoken here can be very hard to understand and most do not want to dwell on them.

Yet when you see that certain people are meant to live up to a higher standard than their own set standards, that changes your view of the world, and life in general. The Jedi persona represents a higher standard. Truth, justice, order, peace. Values which promote responsibility. Consequence. Sacrifice. Only a small group who are willing to let go of their object are capable of this.

What is the Order? Many people talk about the Jedi Order, yet do not know what the Order is. The Order is a command given by your Lord to serve. It isn’t questioned, it is simply followed, without hesitation or complaint. To submit to the calling is what allows you to perform tasks you normally wouldn’t do.

Those of you in the military under a drill instructor should understand this quite well.

We all follow a master. The problem is most people follow themselves. You will always know who the master is when you are willing to die for that person. And most people die for themselves daily than to die of themselves.

In the scriptures, Yahshua said that he died daily. That is why he was able to do what he did.

Are there a few out there willing to do the same?