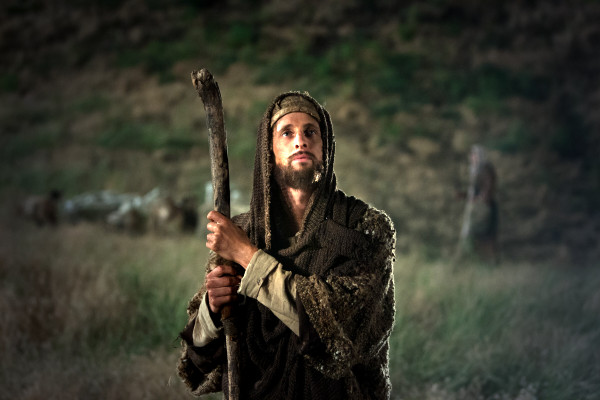 This will shock many of you, yet the visual and functional aspects of the Jedi are based on the nomad/pastoral shepherds as depicted in scripture. This is primarily seen within the Obi-Wan Kenobi character, yet was eventually expanded upon with Yoda and the prequels. This realization came some years ago and was spoken about in a video series, yet will go ahead and expound further upon this subject.

The truth is those who relate with the Jedi may very well have an innate connection to an ancient nomad ancestry, an ancestry connecting to events occurring around a land bridge known as Israel. This land has been a gateway to other continents such as Europe, Africa, and the greater Middle East for thousands of years, and was greatly utilized during times of trade and war. Over time, these ancient people spread throughout the world and has greatly influenced our faith and prosperity. You can learn about this throughout a vast array of historical texts.

The Jedi are basically a fictional representation of these ancient peoples, especially the priestly tribes. As seen in the movies, they are discovered at a young age and gathered together due to their strong connection of the greater will. They are trained to oversee matters of moral judgment in society, yet do not rule over them as a king or dictator. We clearly see this practice through activities of the ancient prophets, for instance, as found in the book of Judges and Chronicles.

The Fallen Jedi (including the Sith Lords) represents false shepherds who use their abilities to fleece the flock for their own personal gain. It reminds me of the words of Ezekiel 34, in which the Father declares: “Woe to the shepherds of Israel that do feed themselves! Should not the shepherds feed the flocks?” In fact, it was this declaration in Ezekiel which presented the challenge of Jedihood, as is seen today.

In Star Wars, what we are seeing is an ancient feud between shepherds – they are fighting over the flocks of the galaxy. The same thing is occurring in our world right now. There is a war between moral principle and sound judgment with the ways of sinister pride and selfish behaviors, in which a transgression from the ways of righteousness has brought our world into chaos and societal anarchy.

How is this war of principalities being fought? To answer this, we will look closer at the shepherd’s function and what they harness.

The primary tool or weapon of a shepherd is the staff, or rod. It serves two purposes. One is to gather and keep the flock together, while the other is to protect the flock from external threats. In Star Wars, the lightsaber basically represents this practice. Its function is not only to maintain civility for the galaxy, yet to defend it from the forces of evil. This is also seen in scripture as the flaming sword, the sword of the spirit, the morning star, and other references. Just as a sheep recognizes the shepherd’s voice, it is the Father’s word which calls out and protects his chosen ones.

References to shepherds are found throughout scripture. Look up, for example, Isaiah 40 and Jeremiah 23. Yahshua refers himself as the good shepherd time and time again throughout the gospels.

Once you discern this connection, you can’t avoid seeing it. You either accept it or ignore it all together. Keep in mind though that by ignoring this, one is breaking the very compass the Jedi are called to uphold – there is no ignorance. Yet this is what many communities have decided to do. In so doing, they are essentially removing their own mantle.

We will go over mantles and further connections between the Jedi and shepherds in the next part of this message. Thank you for your time.