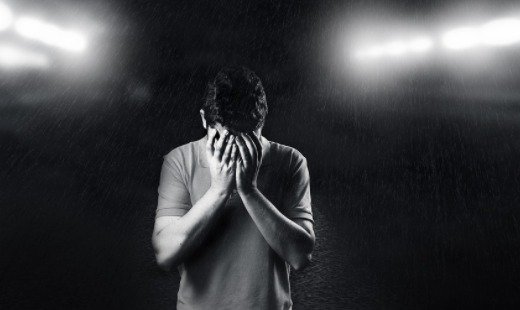 Been having a series of dreams the last two nights, which has led to speak about the following subject:

On Jedihood, we speak of virtue and honor, or the behavior of depicting the highest standard. Over time, as this standard has been thwarted, we fail to recognize the methods in which this has been accomplished. Many of us have been taught that these vices are normal as we see those around us fall prey to them. They have such subtlety it is hard for even the most prudent to discern it.

When testing those who call themselves Jedi, these dishonorable spirits are usually revealed in a great number of them. When you find such a spirit, we must keep in mind this is a private matter, yet informs us of the state of where people are currently. This is yet another reason why we must be careful not to amalgamate all these spirits together and call it the Force, which we have seen time and time again. When you eat from the tree of good and evil, you are led to the curse.

If the Father unveils any of the following, it is our duty to meditate and pray about it, asking for correctness and wisdom. We will be given wisdom if we sincerely ask for it.

So here we go.

Covetousness – The strong desire for the possession of worldly things. This is usually equated to idolatry, or object worship, yet also stems from other desires which separate us from higher principle, such as the unhealthy yearning of character from those before us. The desire to influence others while accumulating their wealth through usury is an indicator of this spirit. Jediism, especially one particular sect, is very much involved in this.

Wickedness – The twisting of the directed path. The word ‘wicked’ is based off of the word ‘wick’ from the candle. People would twist the wick so that the fuel (or oil) could be better supplied to the flame. As a carpet reacting to a strong water leak, there is a gradual damage which sinks further and further into the facility. People have used the Star Wars movies, for example, to twist the directive to suit their preferences, especially paths that lead to distorted truths. This has created a gradual damage, leading to the decaying of foundational truth within the house of the Jedi Community.

Backbiting – The intentional attacking of someone’s character behind their back. This spirit is rather frequent in today’s world and is a common tactic, as people have hid themselves in order to defame the absent so they cannot defend themself. This detracts from the creditably of the words, attacking the messenger and not the actual message. Usually you will see this activity when people cannot openly discredit the message, and in turn, further validates the message itself. As a dog which bites behind the back, we must be careful not to give into this animalistic, vile spirit. It is the path to darkness.

Strife – The infuriation of bitterness when in disagreement over fundamental issues. Having disagreement is acceptable, yet when such debate leads to unbalanced anger, focusing strictly on self preservation, this is giving into a spirit that will separate you from uncovering truth. It will create unhealthy grudges, leading the tongue to act in misjudgement. We must uncover this unfriendly spirit and call it out from among us.

Haughtiness – The attitude of being disdainfully proud, leading to presumptive thinking and cynical insensitivity. In the scriptures, the Hebrew word ‘gaba’ comes from this type of arrogance, meaning ‘to be high.’ Just as with physical vices such as narcotics and fermented substances, spiritual vices can create a sense of superiority with aftereffects which sting like an adder. We must not tarry with this spirit. If you find this spirit from within your gates, fall in humility to the Father and ask for strength to overcome this vicious attacker.

There are many more vices which we will bring up later. For now, let us stop to look over these items.

If any of you wish to discuss these matters, feel free to contact: jedi@jedihood.com.

Thank you for your time.