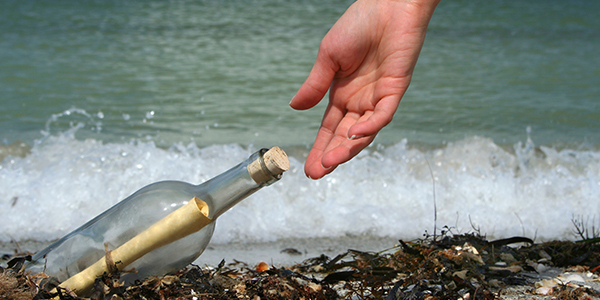 This message started out unexpectedly in March 2016 as a conversation with a long-time friend in need, eventually leading to a thirty hour, fifty part video series.  This series provided revelations to a handful of individuals, helping to bring about a strong healing within—especially for my friend who was going through a very difficult time prior to his surgery.

The message went silent again for a half year until an illness came about in January 2017, leading this person to stand up publicly to present the full message for all to see.

Was then challenged a couple of weeks later to stand in faith for a given ten months, actively promoting this message and gradually publish up to a three-part video documentary. This is to test its origin, to see if it is from the Father or an imagination. If it does fail, have agreed to openly state my wrong doing and ask for forgiveness from the Father. [Let it be noted that this challenge, although leading to single videos with the documentary stalled, was fulfilled and confirmed his ways—although taught to never place such blind faith within worldly motivations].

Jedihood is a message which looks upon the fictional Jedi in Star Wars, yet through the mature lens of biblical scripture.  It is a bible study that will offend some—many people desire to have film entertainment distinctly separated from scriptural and spiritual analysis.  The scriptures, on the other hand, have been the standard for millennia and for good reason.  Believe it to be an injustice that no one has truly given this particular subject the attention it deserves—especially when one finds many hidden scriptural references (as well as various red flags) within the Star Wars films themselves.

When giving out this message, this person will give reference to the Father in heaven.  Besides having the message coming directly from the Father, there is another important reason for this—one which will surprise some of you.

The father figure (or lack thereof) is a primary theme in Star Wars.  After communicating with various individuals over the years, found a natural trend in which many who closely related with the movies were found to either 1) have a serious conflict with their father figure or 2) no prominent father figure.  The Jedi in Star Wars are consistently looked upon as fatherly figures and have captivated many children in this regard.

This is why it is so important to reveal their true character, given that it has touched so many people in families with limited paternal care.  With that said, there are many other reasons for this revealing.

Many people assume that in order to practice the persona as depicted by the Jedi, one uses a force similar to the Force depicted in Star Wars.  This message will show how the Jedi meaning is rooted in truth yet has been distorted over time—and that the individual use of an impersonal, manipulative energy force is a path that was clearly warned about in scripture as early as Genesis.

Jedihood is a message that his servant did not want to give out originally, as it was discovered during intercession as a social hermit.  Yet, at this hour, have been called out of silence to give the message to you directly.  It is not simply a matter of choice, yet also a matter of will.

Given this, it is very hard to be up front about such subjects—in comparison with my past years online.

If you know someone who could benefit from this, please let them know—it will strengthen my faith to keep speaking on this.

Really appreciate the family supporting these hand sin this endeavor, especially my younger sister—for their support in the latest video introduction as well as the overall study of scripture.