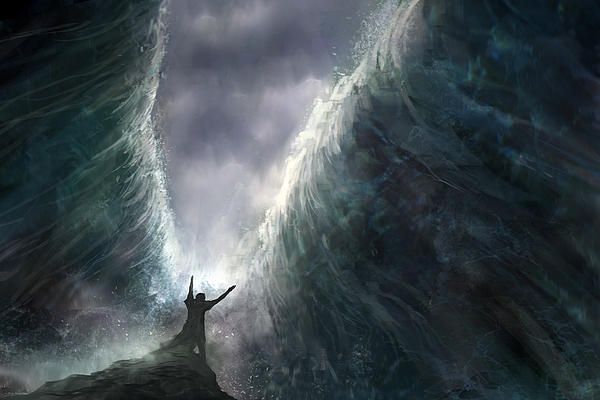 Although it may be hard for some to swallow, the sequel Star Wars movies have epically failed on many levels, especially ‘the last’ film. There are many websites and videos which have voiced this, though some of you may still be wondering why it has gotten so bad. Although attempting to be trendy, fashionable, and fresh, how is it that it has shunned so many of its original fan base? Why are the stories so poorly presented?

The same can actually be said with many of today’s films. They have been so focused on depicting grandiose scenes of jaw dropping magnitude without faithfully showing us how we arrived there in the first place.

These story treatments are mirrors of our current society. We live in a world today which wants to arrive at the destination without fully working toward the destined path. We are lazy and want the easy way out. Instead of putting in the investment, we constantly throw our lives away for temporary pleasures.

Older movies, such as The Seven Samurai, show a time period in which unseen heroes risked their lives to impose the roles they have been given… the task to save a group of innocent bystanders from the clutch of evil bandits.

Many have credited the success of the original Star Wars story to the faithful depiction of the Hero’s Journey, a term coined by Joseph Campbell which George Lucas studied. Campbell found common motifs in heroic, mythical stories, such as the call to adventure, supernatural aid, and the challenge brought through a series of feats. Many have quoted successful films, such as The Road Warrior, The Matrix, The Wizard of Oz, Lord of the Rings, and The Karate Kid, as successfully depicting this story arch in their scripts.

This formula has an earlier origin, one which comes from a much earlier story. Although many do not realize it, the prototype comes from the story of Moses (Moshe), or the first five books of the Bible known as the Torah. The Torah, in the Hebrew language, means the instructions, guide, teacher… the direction, path, or compass. At Jedihood, it is called The Script.

Picture the Torah as an instructor, showing you how to shoot the arrow right at the center of the mark or target. Or an instructional guidebook which faithfully shows you how to put a house together.

Many of us want to figure things out for ourselves without paying attention to directions… so when it comes to our purpose and destiny, we wonder why we fail so miserably. If we can’t even obey our parents, how can we obey our calling?

Each of these instructional books have a purpose. Genesis, the first book, is a prequel story which briefly explains the history of a chosen generation. We are then lead up to the major conflict of Exodus, a battle between Moses and Pharaoh, of Yah and the false gods of Egypt. This is then followed by the books of Leviticus and Numbers, which presents a series of trials and instructions. It then concludes with Deuteronomy, which is a reiteration (pep talk) of what was learned. It then brings us to Joshua, who faithfully brings the Israelites into the Promise Land.

Star Wars has the basic formula which the Torah originates. The original movie begins with Episode IV, depicting a series of battles which the heroes succeed when facing the Empire (Exodus). With the Empire Strikes Back, the heroes are conflicted. We find Luke Skywalker learning from Yoda and eventually dueling (and losing) against Darth Vader (Leviticus, Numbers). By the time Return of the Jedi comes, we see our heroes confronting signature tasks (Deuteronomy). Although this time, they confront their fears and surpass them regardless of odds (Joshua). The Prequels are eventually made to explain how we got to Star Wars (Genesis).

The book of Judges is basically a set of stories which speak of heroes who are called to defend their land. They are the Jedi of the bible. We will be talking more about the Judges in scripture and how this book is a key to understanding the role the Jedi have.

The Script is meant to be played out in today’s world. In short, there are certain people who are meant to be challenged—to be taken out of their comfort zone to show them their fruit and talents to the Master. Will he say, “Well done, good and faithful servant”? Or will he say, “Depart from me, for I have never known you”?

Something to think about.