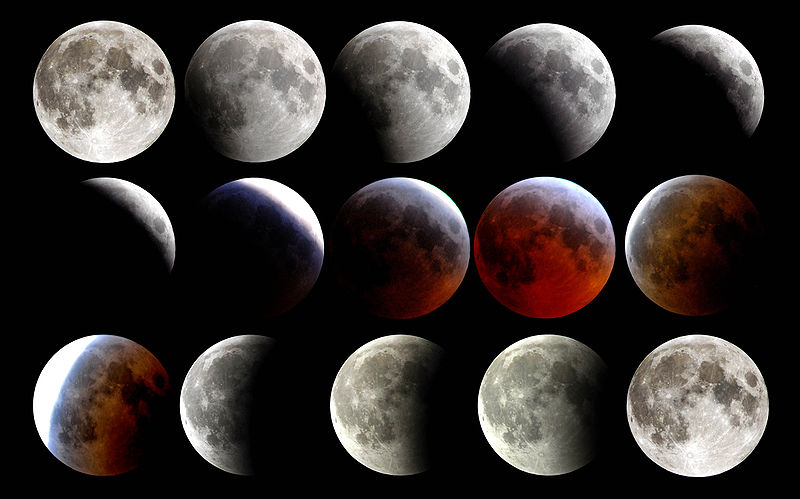 A couple of nights ago, I witnessed a blood moon in the heavens. Alongside it, was the planet Mars. A meteor then shot across the atmosphere like a shimmering sword.

Such an omen, I believe, shows those who give notice a sign of spiritual change in our world. I also believe it will lead to a spiritual battle within our society.

There are three more blood moons coming within the next two years. Each of them, as this one, falls on specific appointed times. These times are otherwise known as the biblical feast days or Moedim.

I find word Moedim interesting, as its pronunciation is rather similar to a well known name in Dune called the Muad’dib (translated as “educator” in Arabic). Muad’dib is otherwise known as the Prophet, or “the one,” according to messianic legend of the Fremen, “who will lead us to paradise.” Eventually, the mantle is given to Paul Atriedies and brings victory to the deserted world of Arrakis, which is home of the spice.

The Moedim, or the appointed times, are High Sabbaths which Yahweh God commanded the Israelites to rehearse and observe. They represent particular events of our past and future. You can learn more about them by reading the first five books of the Bible, otherwise known as the Torah.

With that said, the blood moons (or lunar eclipses) are falling on four specific appointed times within the span of two years. They occur twice on the Feast of Pesach, or Passover (not the Easter Passover which is based on solar observation, not lunar), and two times on the Feast of Sukkot, otherwise known as the Feast of Tabernacles.

This is also known as the Tetrad (you can read more about it online). This event will not occur again for hundreds of years.  What makes these set of events more interesting is the solar eclipse, which occurs between the time span of the four blood moons.

These planetary alignments are saying something to Israel and the world, whether we want to recognize them or not. We will witness a change—that change, mind you, might not be pleasant for all.